The Perfect Body by Victoria’s Secret

It’s hard to be a woman nowadays. We have so many digital manipulations that create a kind of unrealistic body, where even the photographed people do not look like the picture. The first time I worked in a fashion show (or even for a fashion editorial ) when the model arrived , I was shocked. Messy hair, bad skin , dark circles around her eyes … I thought, I’m better than her. After the makeup girl was incredible beautiful , after the digital edition she was a goddess. Do not forget, this is true for me and for you too. I will use as an example one model who worked for Hugo Boss last season here in New York , Vera van Erp . I separated Vera’s photos in three conditions; (1) Very produced (and possibly digitally manipulated) for Elle magazine, (2) catwalk photos, she have had her makeup and hair done, but the pictures have not been edited and (3) finally pictures of the model on the street , probably more ” natural “. 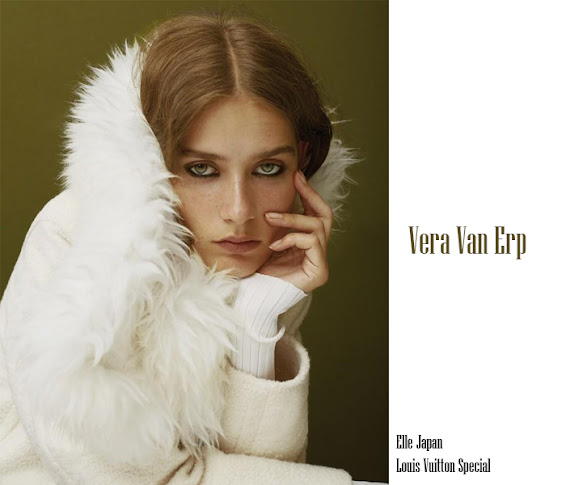 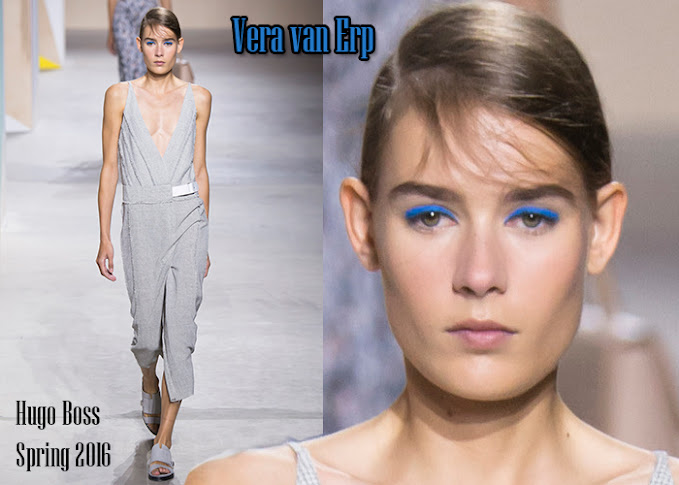 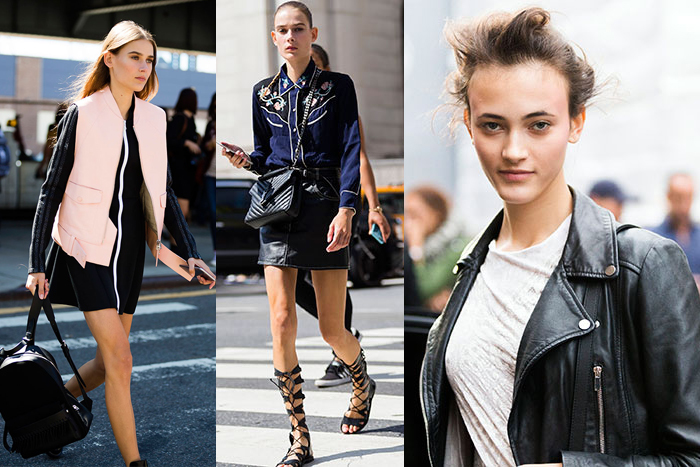 Is she look the same person?  I am not saying that Vera is ugly, she is pretty beautiful. I saw her in person and she is hot. However, she is a skinny girl , beautiful , tall, young, like the most of successful models. She worked not only in the New York Fashion Week. She traveled to London , Milan and Paris. When we see how a model really is, like the latest photos on the street, we realized that she is a normal woman, and we can breathe relieved !
All this introduction just to comment on two details that were shaking the fashion world last month. Actually, it bellows more to the graphic designers worlds than anything else. The Victoria’s Secret released an unfinished picture. See below if you can find three mistakes . 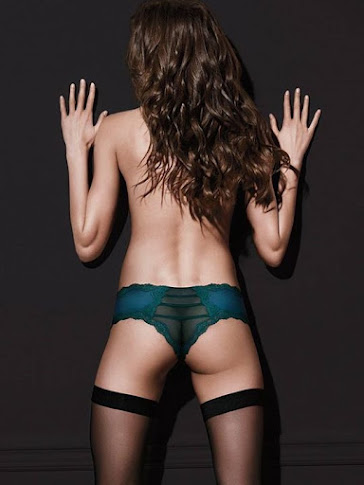 Well, if you notice that, she has only one cheek, the other side (the left ) is flat butt. Another detail in this region is the thickness of her leg. A thigh ( the left side) has a curved more than the right side , leaving a little thicker thigh. On the right arm elbow scratching was understated, compares with the left arm! 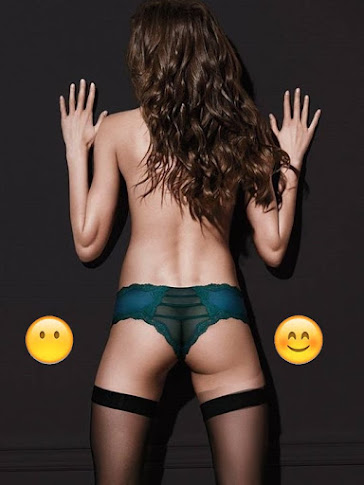 I made a overlap in the right leg, you can see a small shadow that bellows to the left leg. What shocks me is a designer for this sizebrand like VS , which spends millions and millions on advertising, drop a photo ” not finished “. Don’t they have auditor? Because everyone knows that they change the pictures like crazy. 😉

But that’s not all about the last weeks! Demi Lovato appeared in an essay for a magazine NUA . So far so good , but she said ( and publication too) the photos did not have Photoshop retouching , besides, Demi did not use makeup. Oh, really? 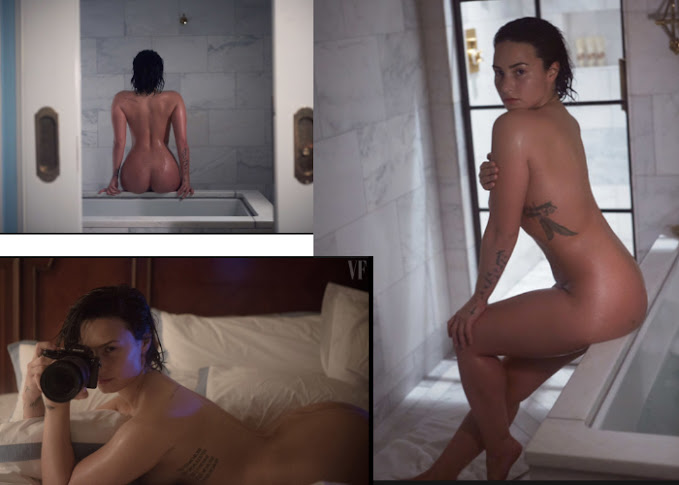 About not using makeup , a good professional photographer can hide almost all skin imperfections, dark circles, cellulite with lighting. I had been photographed in this situation and I was impressed! So, it was nothing so fantastic in beauty question… but someone shared the supposed original photos of Demi Lovato: 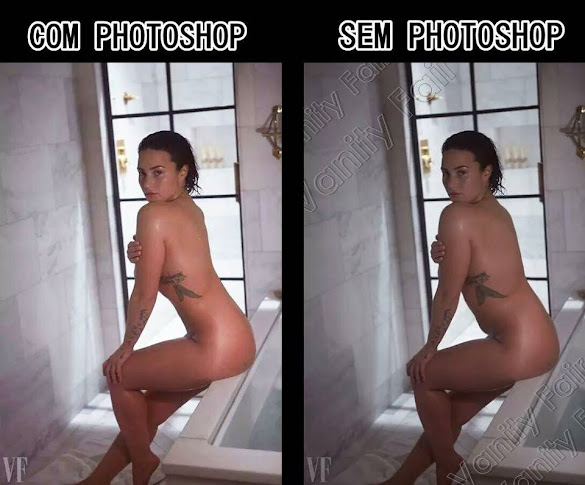 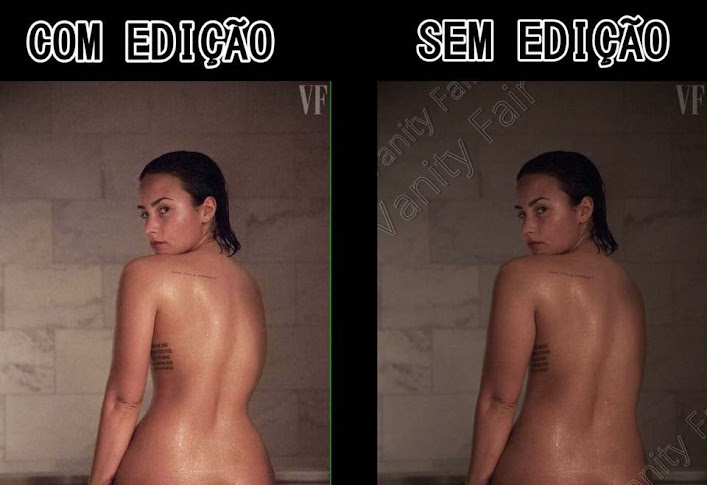 What is true ? To help you decide , I put a picture of Demi Lovato in a concert and yhr famous nude photo ” without manipulation . “ 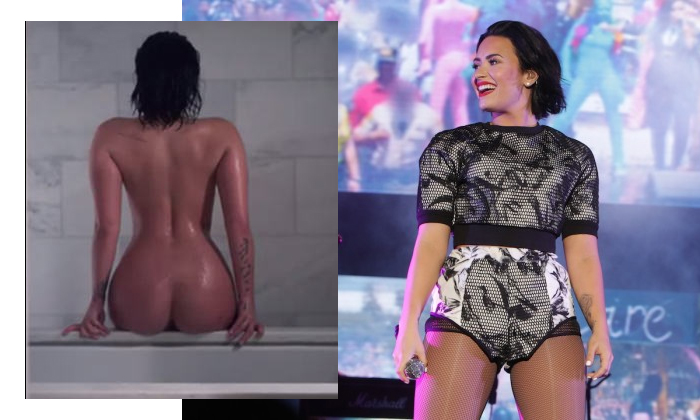 Nothing against being chubby, have round or straight ass. However, with the amount of corrections that you can make today, there is a standard of beauty bordering on perfection which belongs neither the person photographed . Send it to your boyfriend (or husband) to the next time he dare to compare you with that cover . 😉